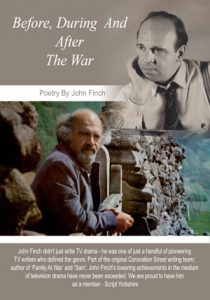 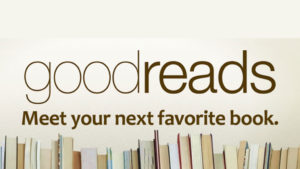 Some notes for anyone contemplating a production or for anyone just wanting what one critic described as “a damned good read”.
Joe is a two actor two hour play with virtually no scenery. Settings, largely imaginary, are London, South Yorkshire, Lancashire, the Yorkshire Dales and The Lake District.
Essential props are a wheelchair, a cello a large sideboard, several large cardboard boxes, some loaded with books, a bed, a window and equipment for showing slides on a largish screen.
The male actor needs to cover a range from early middle age to old age. The female actor represents eight different women, from youth to old age.
The play is best described in the comment by the critic Philip Purser which is the first of the comments below.

It is largely autobiographical but one or two of the minor characters and some described in the text are fictional and do not relate to living persons. Some dates and places have been altered to increase dramatic tension.
Because of the small cast the play is unlikely to be performed by amateur actors as, apart from exceptional acting ability needed to cover the age ranges there is an enormous amount of text to be absorbed.
JOE has also been described as “a play to be read”. Reading plays can, for those with imagination, be a very rewarding experience.
Anyone interested in a production should contact the author or the author’s agent.

SOME COMMENTS ON ‘JOE’.

Philip Purser, former critic Sunday Telegraph.
The author is surrounded by the clutter of moving house or maybe going into a home. Before him is a box into which he is delving to fish up sundry memorabilia. Sometimes it is an object, sometimes a poem or a letter. ‘Never go back,’ he has always been told, but willy- nilly he is now being drawn through all the changing scenes of life as he led it — childhood, the pit village, the war at sea, his early strivings, an intense love affair that inexplicably ended, a happy marriage, his kids, his work, his dreams, his nightmares. The other player materialises as all the women, at whatever age. It is rueful, truthful and grabbing.

From Michael Cox, former drama executive, Granada.
Thank you so much for the script – it arrived y’day and I’ve been engrossed in it. Read it only once and now I want to go back to the beginning and read it again. It’s such a substantial piece of work – if I were looking at it in TV terms, I’d say it was a 3 hour series. But it belongs in the theatre where the form would work so well. I’m sure the one actor/one actress structure is right. The only problem is to distil it to two hours …..
You’ll gather that I think it’s terrific… Just imagine the impact on an audience coming to it for the first time!

From Stan Barstow
I have read your play with fascination and admiration. It touched me very deeply. There are so many memorable moments. Joe’s sad insistence to Cass that certain events (now considered reprehensible) were necessary, and his attitude and action during the TV showing of Churchill’s funeral struck a great chord of sympathy in me. I shall read it again and savour details I might have missed, but I thank you for giving me the privilege of seeing it in Mss.
I am so, so glad that you have written this, John. Many congratulations and all best wishes for its being taken up.
I’ve read it again and like it even more. It tugs at the heartstrings. I think also that you have been very clever in your use of the material.

From Diana Griffiths, BBC radio drama writer.
I read the play and I think it’s bloody marvellous. It made me cry.

Laura Harvey, Stephen Joseph Theatre:
This rich memory play. Touchingly intimate, as well as being a fascinating record of a writers’ life.

From James Brabazon, former BBC drama script editor/producer.
The new version works a lot better, as I see it, but the more I read it, the more important this play seems to me. It’s chock full of good things, good moments, good thoughts, rich feelings, valuable memories, strong characters – but added to that rich content is the tone of voice. It’s a tone of voice that doesn’t seem to exist any more, the voice of the working class before they were vulgarised, patient and honest and watchful. That seems to me just as important to preserve as the events, if not more so. I think this is a truly important piece, and I hope so much it can not only be performed but preserved in some sort of archive for future generations. Performance of course would add to it, but it’s a hell of a good read, and something that one can dip in a thumb anywhere and pull out a plum.

Alan Rothwell, Actor.
It’s a wonderful piece, the distillation of a full life, fascinating in detail and universal in it’s relevance.

This website uses cookies to improve your experience while you navigate through the website. Out of these cookies, the cookies that are categorized as necessary are stored on your browser as they are essential for the working of basic functionalities of the website. We also use third-party cookies that help us analyze and understand how you use this website. These cookies will be stored in your browser only with your consent. You also have the option to opt-out of these cookies. But opting out of some of these cookies may have an effect on your browsing experience.
Necessary Always Enabled
Necessary cookies are absolutely essential for the website to function properly. This category only includes cookies that ensures basic functionalities and security features of the website. These cookies do not store any personal information.
Non-necessary
Any cookies that may not be particularly necessary for the website to function and is used specifically to collect user personal data via analytics, ads, other embedded contents are termed as non-necessary cookies. It is mandatory to procure user consent prior to running these cookies on your website.
SAVE & ACCEPT